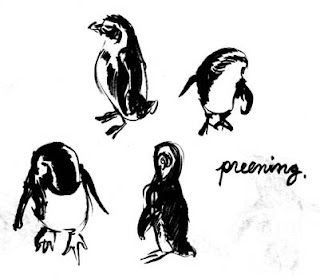 Matt and I went to the New England Aquarium yesterday! I'm sure that everyone who's been there agrees that the penguins are the best part. They obliged me by taking on some adorable poses for me to sketch (especially the African penguins, who are generally very fast and active, but were kind enough to slow down a bit for my brush pen). 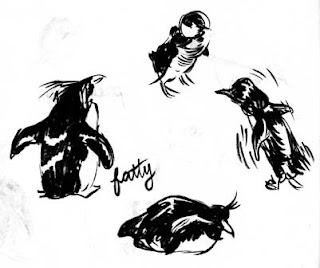 In other news: shows, shows, shows! Just dropped off some work to Belmont Art Gallery last night, the Arsenal group show is coming up, and currently there's the AIB illustration show at Midway Studios. The AIB opening was a hit, and I'm hoping for equally impressive turnouts for the other two!
Posted by ETCIllustration at 6:11 AM