This is a double-stuffed post! First, because I couldn't hold out on you, here are a couple more peeks at my series for the Teeny Tiny show: 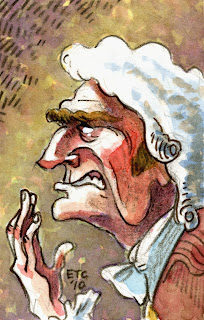 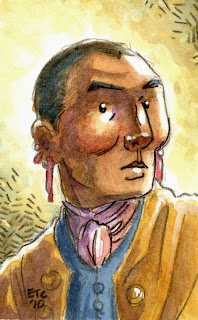 Next, September's BYOB illo, about the benefits of buying barley in bulk (say that ten times fast): 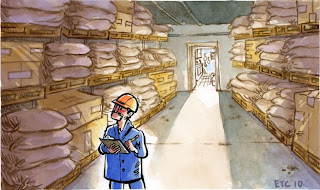 And finally, NEWS: I have the privilege of illustrating the cover for the fifth issue of Boston Comics Roundtable's Inbound! This one is going to be a doozy, the thickest issue to date with a dizzyingly talented group of contributors. It's slated to be printed in time for MICE: Massachusetts Independent Comics Expo on September 25th, where I'll be sitting at the AIB alumni table touting my wares.

Don't forget the Teeny Tiny Art Show VII opening next Friday, September 3rd, which promises to be everything but teeny-tiny! 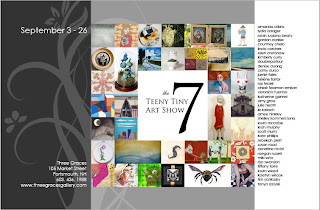 Have a great week!
Posted by ETCIllustration at 3:52 PM