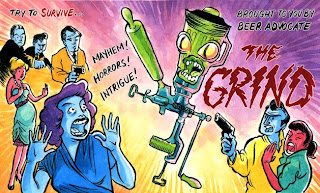 2010 has been a good year and I'll really miss it when it's gone, but I have high hopes that 2011 will be effing awesome. To ring in New Year's, I give you the first BYOB illo of 2011! That there is a Barley Mill Monster--in case you were wondering--made of a rolling pin, a blender, and a "dread" Corona mill. The article details the trials and tribulations of crushing one's malt. 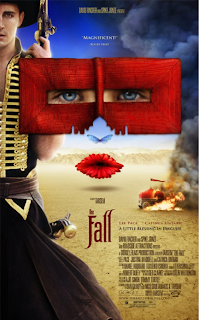 This morning I watched The Fall on Netflix, having discovered it when I was stalking Lee Pace on IMDB. Sometimes a movie strikes me at a particular moment when I'm in a particular state of mind, and it haunts me long after the movie is over. The Fall is one of these movies. I think I'll be dwelling on it for the next few days, at least.

Best wishes in the new year, everyone!
Posted by ETCIllustration at 10:48 PM